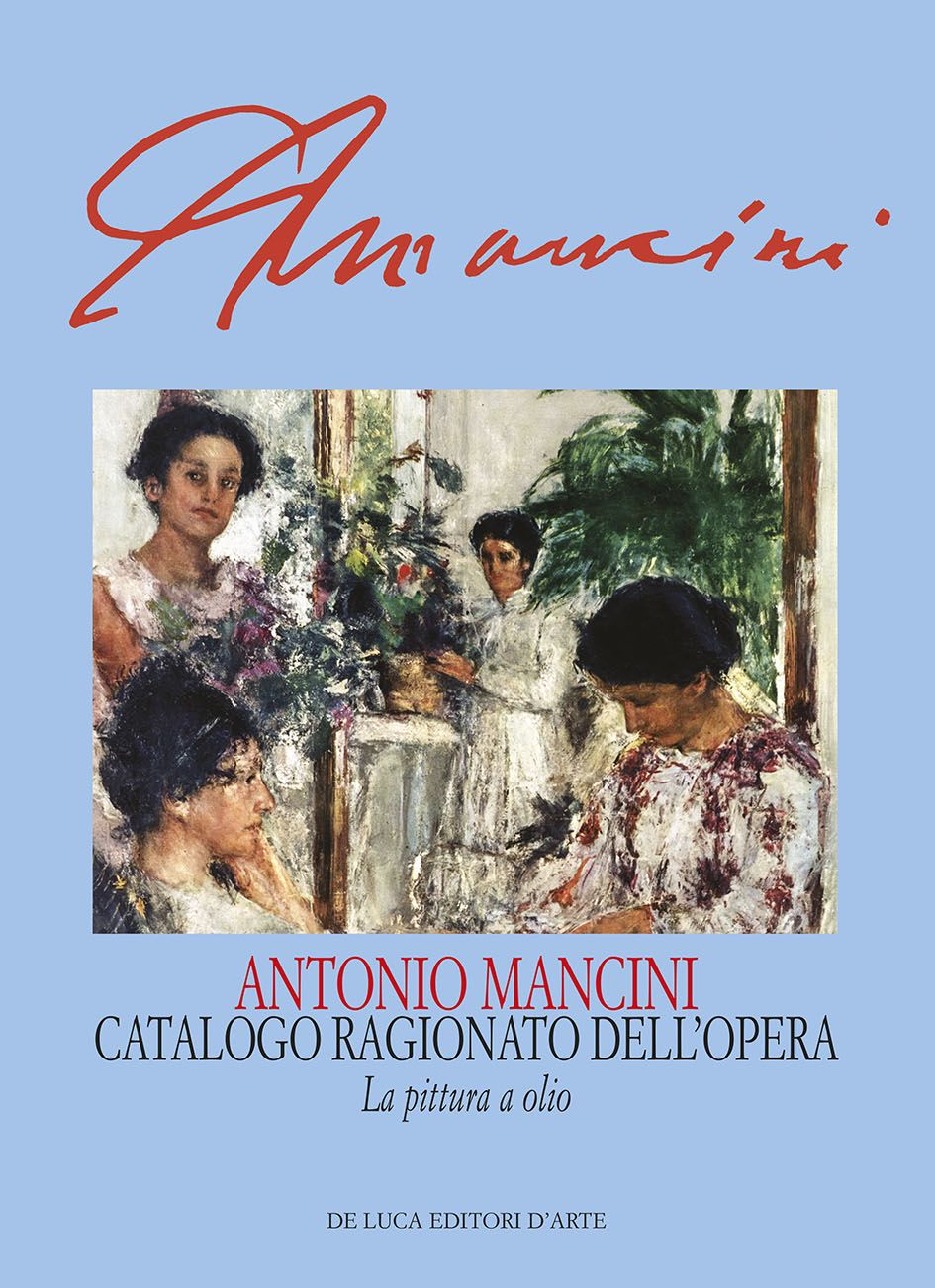 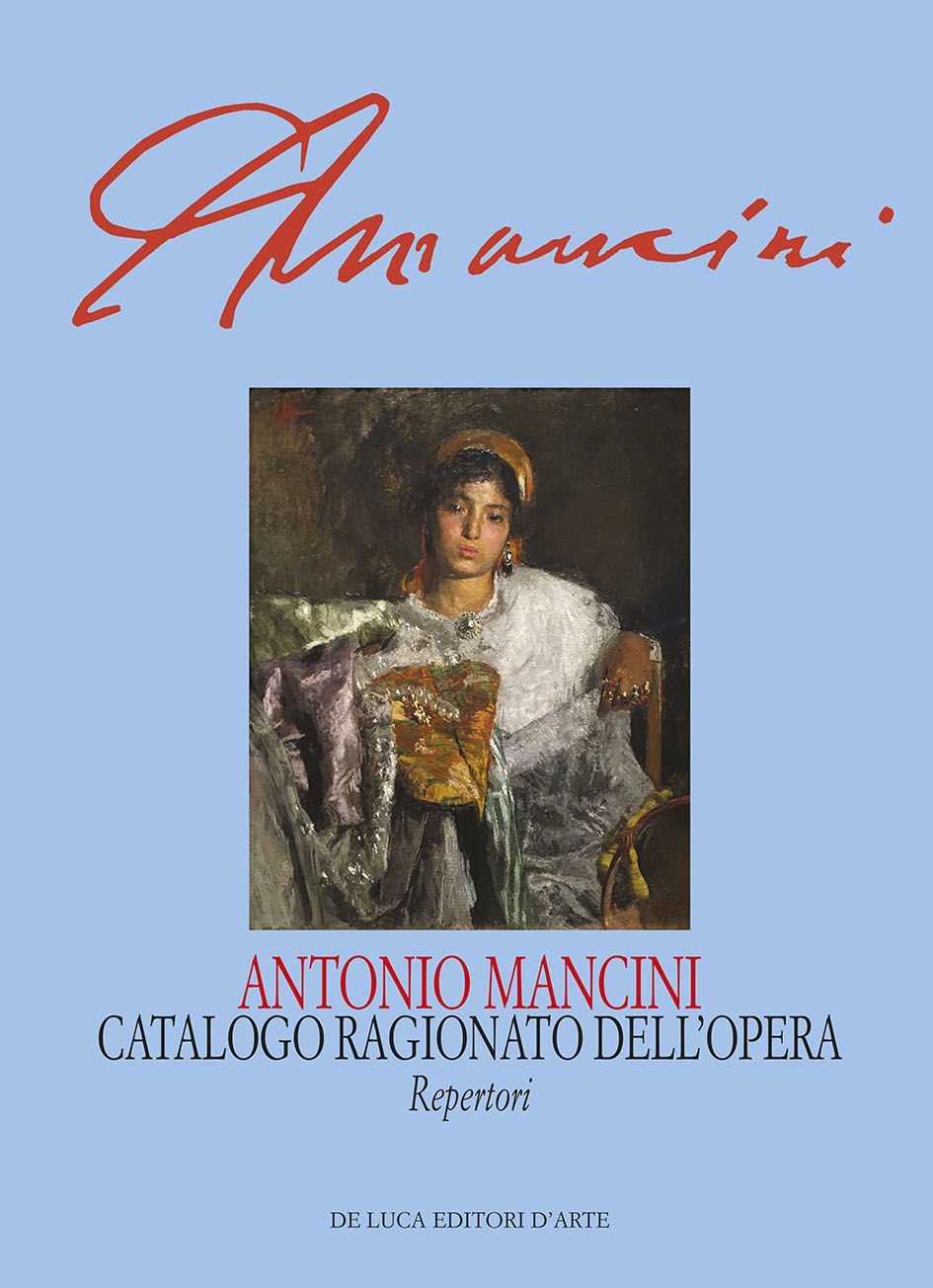 My interest in Mancini began more than twenty years ago, when I had the opportunity to visit his direct heirs in Rome and appreciate a substantial body of works.

My immediate thought was that he was a brilliant painter with a truly extraordinary technique: a great talent that fascinated me, and that I wanted to examine in greater depth.

The bibliography on Mancini is immense, and is growing daily. Getting to know and master this archive is a very complex task.  Mancini's art also appears frequently in national and international auctions, as well as in major exhibitions on 19th century art. His name is thus very well known, particularly to collectors and "insiders".  Notwithstanding his reputation, we do not have a correct and complete knowledge of all the periods of his work.

The idea of preparing a catalogue raisonné for this author did not come immediately. It first arose when I began to study the situation more carefully, realising that despite the vast existing bibliography the information about him was still largely confused and incomplete, notwithstanding the contribution of undoubtedly important monographic studies that had set out to systematise his artistic activity.  A number of such studies have been published over time, starting with that of Saverio Kambo, released in 1922, when the artist was still alive, and followed by those of Lancellotti (1931), Schettini (1941 and 1953), Guzzi ( 1943), Guida (1952) and Biancale (1952 ca.). The latter published the volume: Antonio Mancini. His Life, but he had also drafted a second volume entitled "His works", which was never published [1].

It was studied thoroughly - in an attempt to publish a sort of general catalogue - by Costanza Lorenzetti, former director of the Academy of Fine Arts in Naples, who had known Mancini personally. There are some notes about this work and brief summaries of works in the painter's archive. Not even the scholar herself managed to complete what she intended to be a large-scale project.

Finally, Cecchi's monograph from 1966. I consider this one to be the most reliable and useful, supported by limited but relevant archival records drawn from original sources. This monograph, covering the main stages of the master's life and works, is certainly a major point of reference.  Cecchi had tracked the salient points of Mancini's activity, studied in depth nearly forty works - some of which unpublished at the time - and had also provided a partial but accurate reconstruction of the artist's two stays in the United Kingdom. This was a very significant phase in his artistic career, which had been in a sort of limbo state.

I therefore felt it important to start creating a catalogue raisonné with which, over time, and starting with the paintings, all his production might be placed.

There is no doubt that if one undertakes a general survey of his life and work, Mancini is one of the most problematic Italian artists of the 19th century. Everything stems from his chaotic existence, and his bashful and very shy nature, which made him incapable of taking care of his production and business affairs. This has meant that - passing through patrons such as Belgian Cahen, Dutch Mesdag, French Du Chéne as well as countless Italian and foreign friends, acquaintances, artists, material suppliers - his works ended up all over the world, and remained largely unknown to scholars. Appreciation of his art, right from the early days, also gave rise to a veritable 'factory' of forgeries, many of which, over time, have been sold, published and acquired by private and public bodies.

There have also been several incorrect readings of some of his writings, leading to misunderstandings about the subjects of some works and the names of their buyers. Many of these errors have become consolidated facts over time, transferred from one scholar to another.

I understood that tackling a catalogue raisonné of this painter would require a considerable effort and, above all, a long time. I personally experienced the attempt to remedy this chaotic situation with a sense of justice. 'Putting things in order', or at least attempting to do so, seemed to me a duty for an artist of that sensitivity, so well known and appreciated by the market, critics and the public at large.

It would not however have been conceivable to complete such a work without the availability of a vast amount of archival records and images, most of which generously offered to me by the painter's heirs, to whom my gratitude goes [2].

Other important documents, in particular handwritten letters and notes, were kindly provided to me by the heir of Giuseppe (Peppino) Giosi, framer, seller of art materials and above all factotum and close collaborator of Mancini in the Roman years.

This rich material consists of handwritten letters, diaries and various notes of the artist; letters addressed to him by the persons closest to him (Cahen, Mesdag, Goupil, etc.) or by figures less known to the public, requests to take part in exhibitions and events from public and private entities, invoices from material suppliers, restaurants, shops, notes from grandchildren and relatives with comments on paintings, correspondence between the latter and antique dealers or gallery owners for the purchase of paintings; vintage photos of most of his works, but also of exhibitions and daily life (situations). There are also the famous "Autobiographical memories dictated to his nephew Alfredo from 1925 to 1930", mentioned several times in old texts on the painter [3].

This documentation, originally not systematised or ordered, has proved to be indispensable [4].  This material, sometimes very difficult to 'decipher', in particular handwritten documents - Mancini wrote in an absolutely ungrammatical manner, and his writing is really difficult to make out [5] - could be used, with considerable concentration and patience, to acquire fundamental information on the master's life and work.

This archive, in my possession, has grown enormously over time, with the addition of other images, texts and documents, acquired through bibliographical research or from private collectors, museums and institutions.

A lot of groundless news had always circulated about the painter, starting with his place of birth, which was not Albano Laziale but Rome. There was a lot of confusion regarding single works and errors regarding periods and dates.

It must be stressed that dating Mancini's works is a particularly complex task. His paintings indeed were a continuous form of experimentation, and he often returned to themes, techniques and methods he had already tackled. Even the dates put down by the painter, due to his difficult handwriting, are open to interpretation.  Not to mention the works he himself antedated years after they were actually done, for a number of reasons [6] or, even worse, dated by others.

In this catalogue the timeline of paintings, especially for the first period, has undergone significant changes.  I realised that many dates, reported by most sources in the bibliography, were wrong. Even dated pieces had sometimes been attributed to different periods.

It was only by putting together all the works I had images of, and verifying, in addition to the style and the subjects, the age of the models used - which obviously changed over time [7] - that it was possible to frame the painter's production more precisely.

I had great difficulties identifying numerous paintings whose exhibition catalogues did not contain the image. There was indeed a tendency, when the artist was alive, for the same painting to be given different titles.  Many works could only be recognised thanks to a careful cross-referencing of data between publications and archival records.

This catalogue on the artist's oil paintings consists of over 1,000 works of proven authorship. If one or more forgeries of an authentic work are found, this fact has been indicated in the relative datasheet.

The catalogue includes (with photographs) all the paintings directly viewed and those not currently viewable, but documented in the painter's archive. I then chose to include - obviously without images - all the works described in the archive itself, but not found or that could not be identified by available elements.

The works have been sorted in chronological order, which I considered to be crucial in order to better understand the evolution of the artist's pictorial style. This led me to fully appreciate all the stages of his painting, including the late period, in which, compared with the first period, critics and the market still have limited interest, unfairly in my opinion.

This work took longer than expected, lasting many years.

I hope that the efforts I have described here can result in a tool that will be of use to scholars and all lovers of the painter. A job that is naturally left 'open' to further revisions, insights and updates over time.

[1] A typed copy is in my possession.

[2] A small percentage of these documents had been viewed by the aforementioned authors, and was the subject of an interesting degree thesis drafted by Emanuela Santoro in 1977.

[3] The painter's memoirs, dictated to his nephew Alfredo from 1925 to 1930, contain small chronological inaccuracies that have been verified and corrected by comparing them with letters and other existing documents.

[5] Many complaints were forthcoming from the recipients of his letters

[6] Often Mancini did not sign or date his paintings after finishing them. Whoever had one would take the work to him to remedy this shortcoming even a long time after its realisation. The artist might not remember the year of execution of a work and get it wrong, or it might be 'suggested' to him by the owner of the work 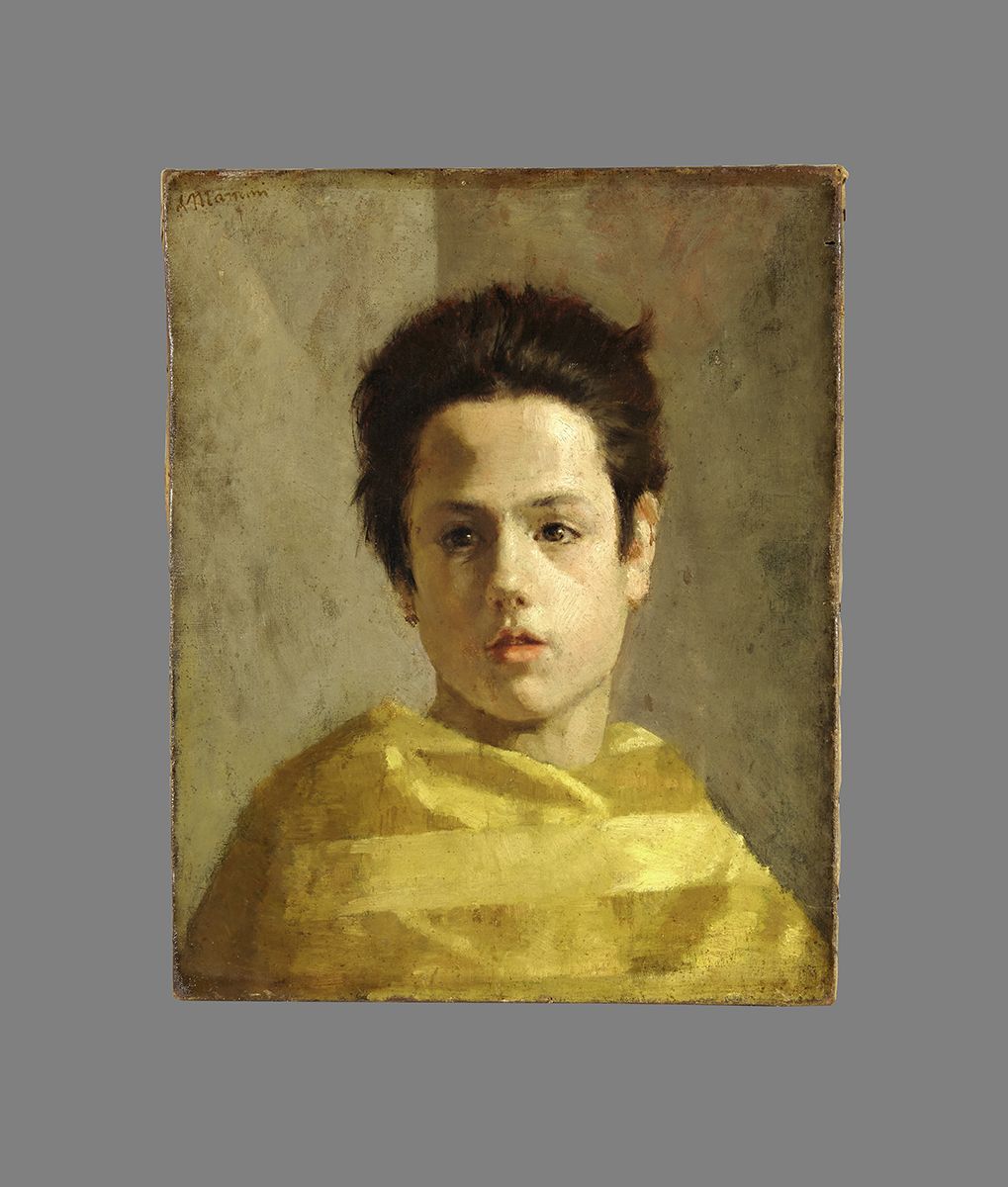 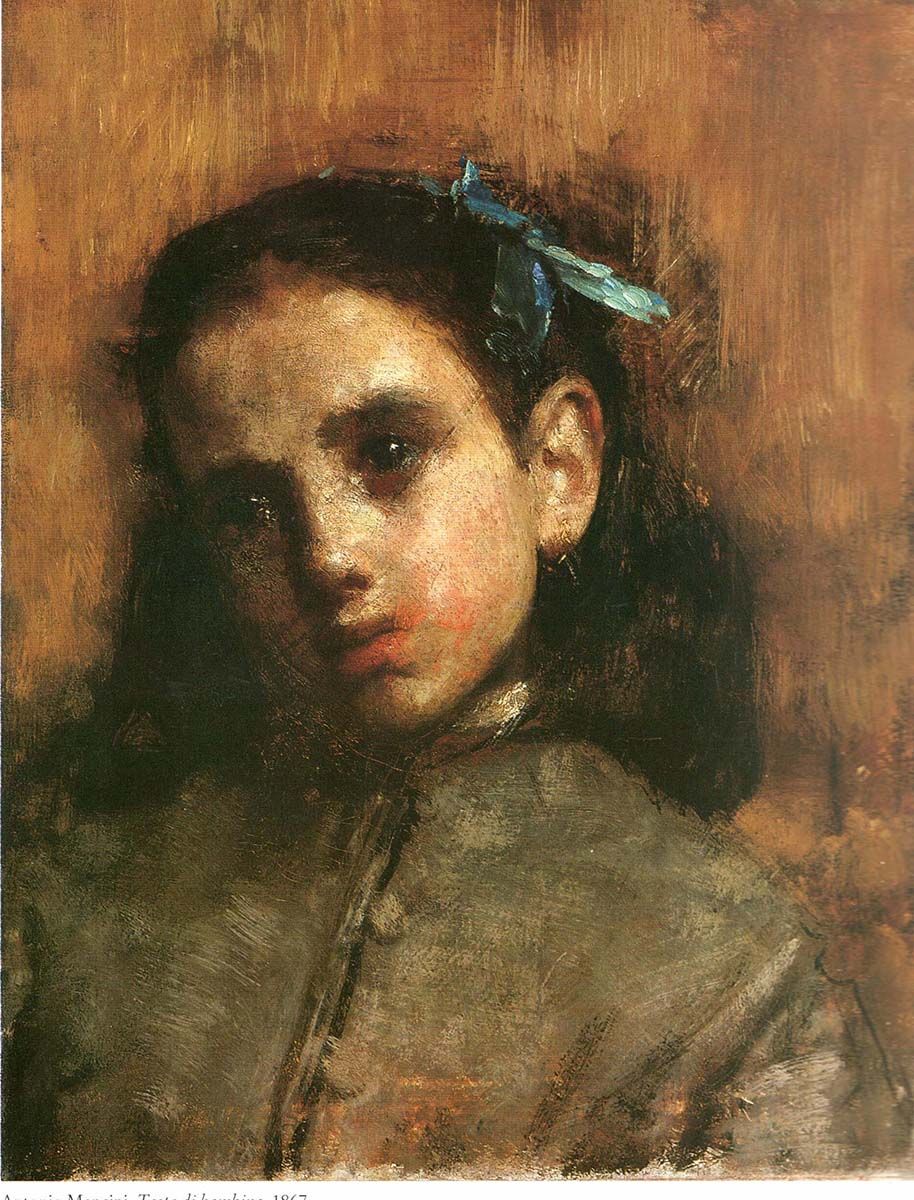 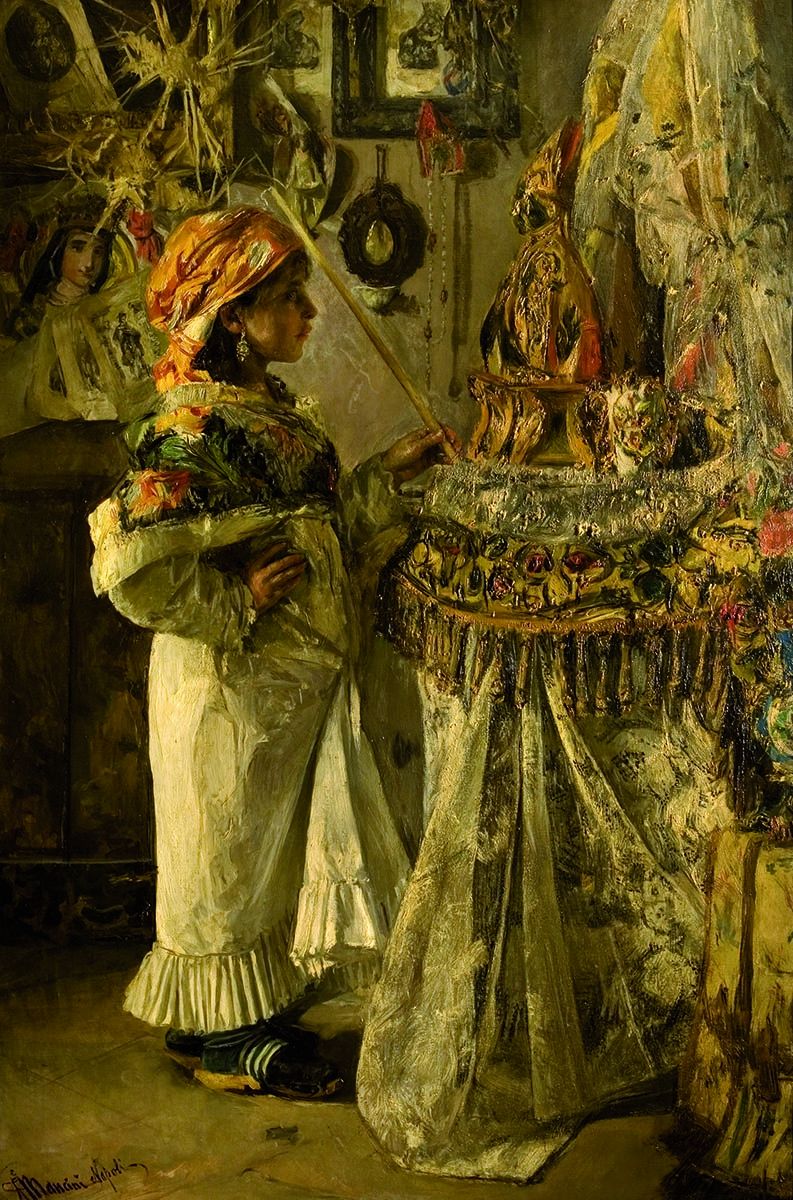 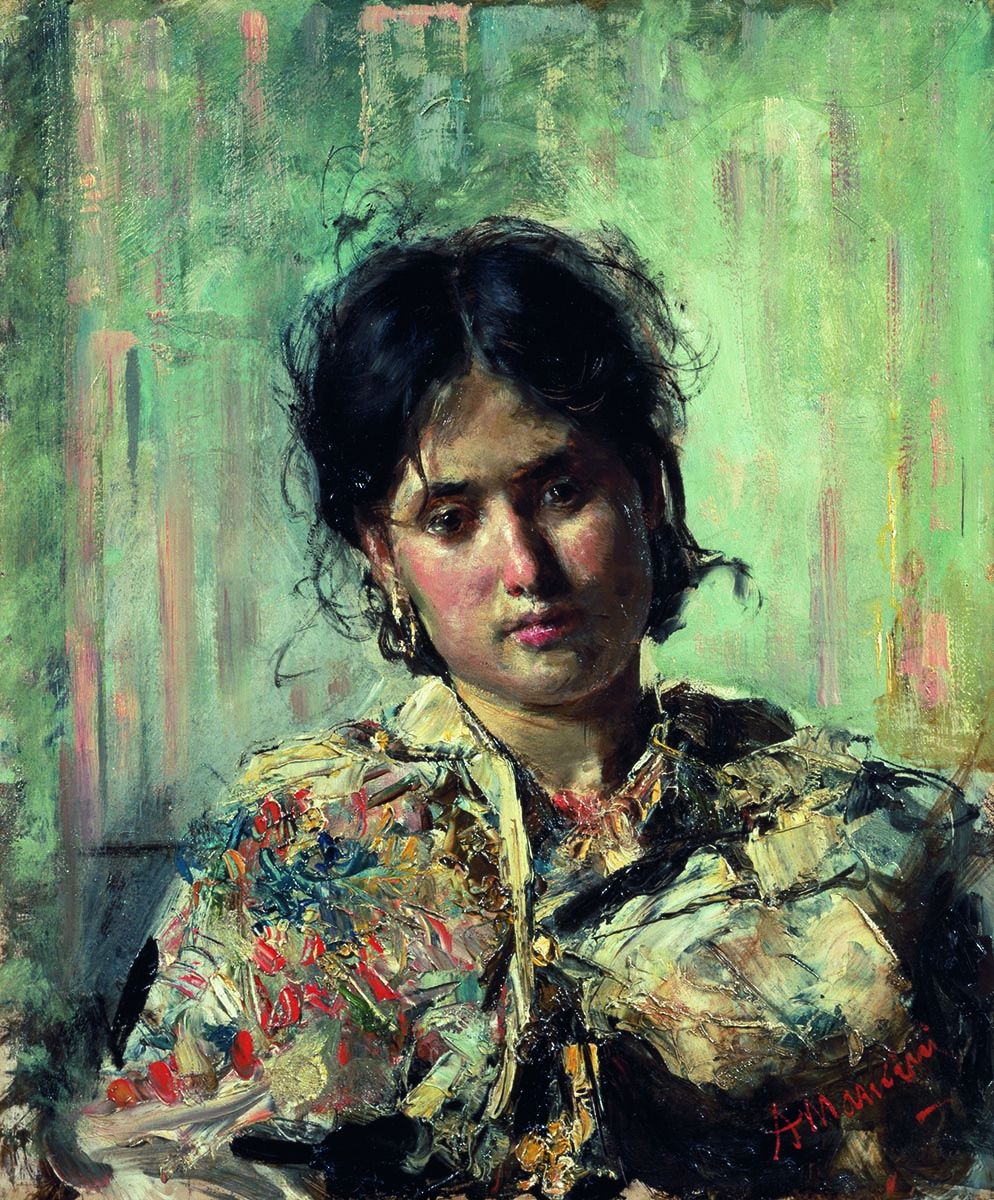 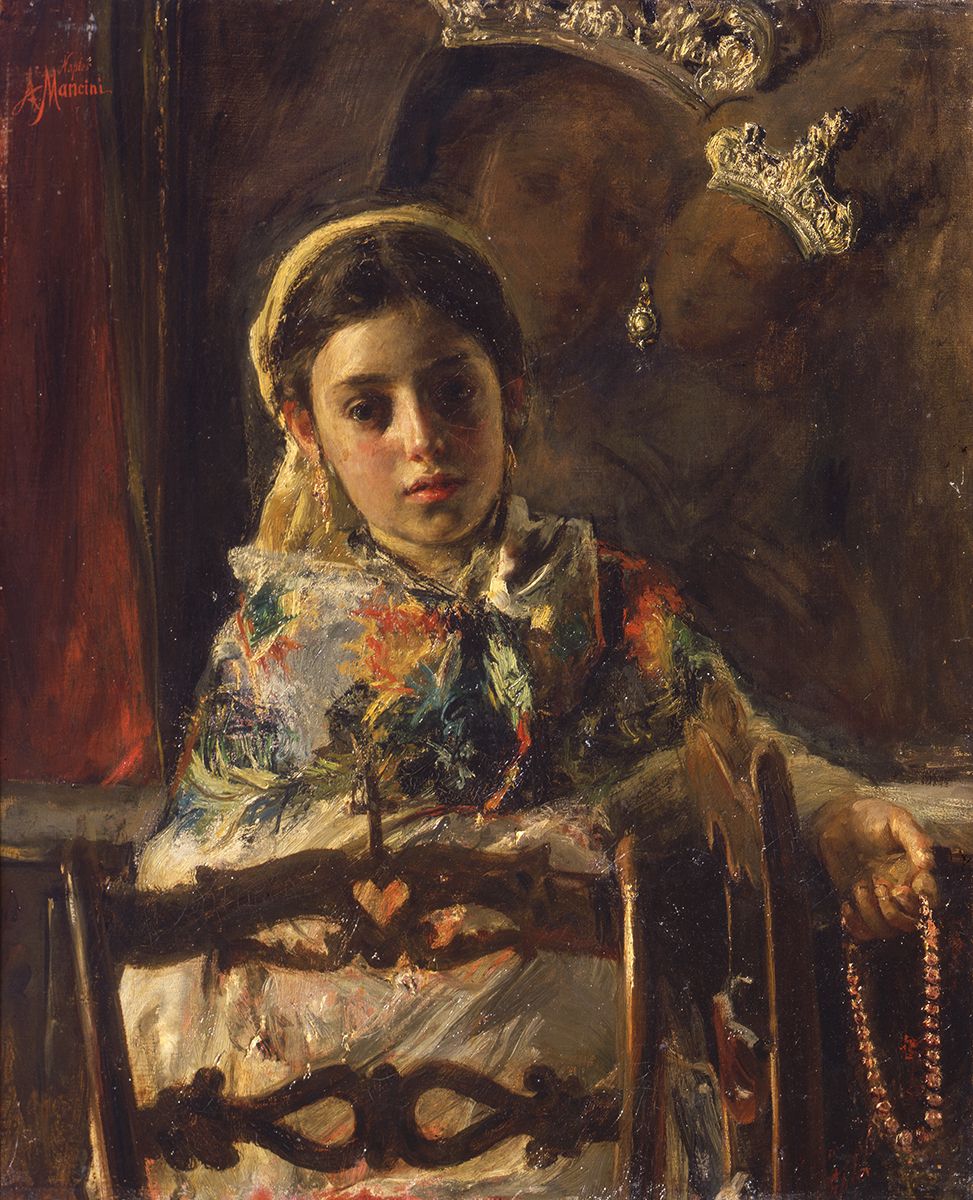 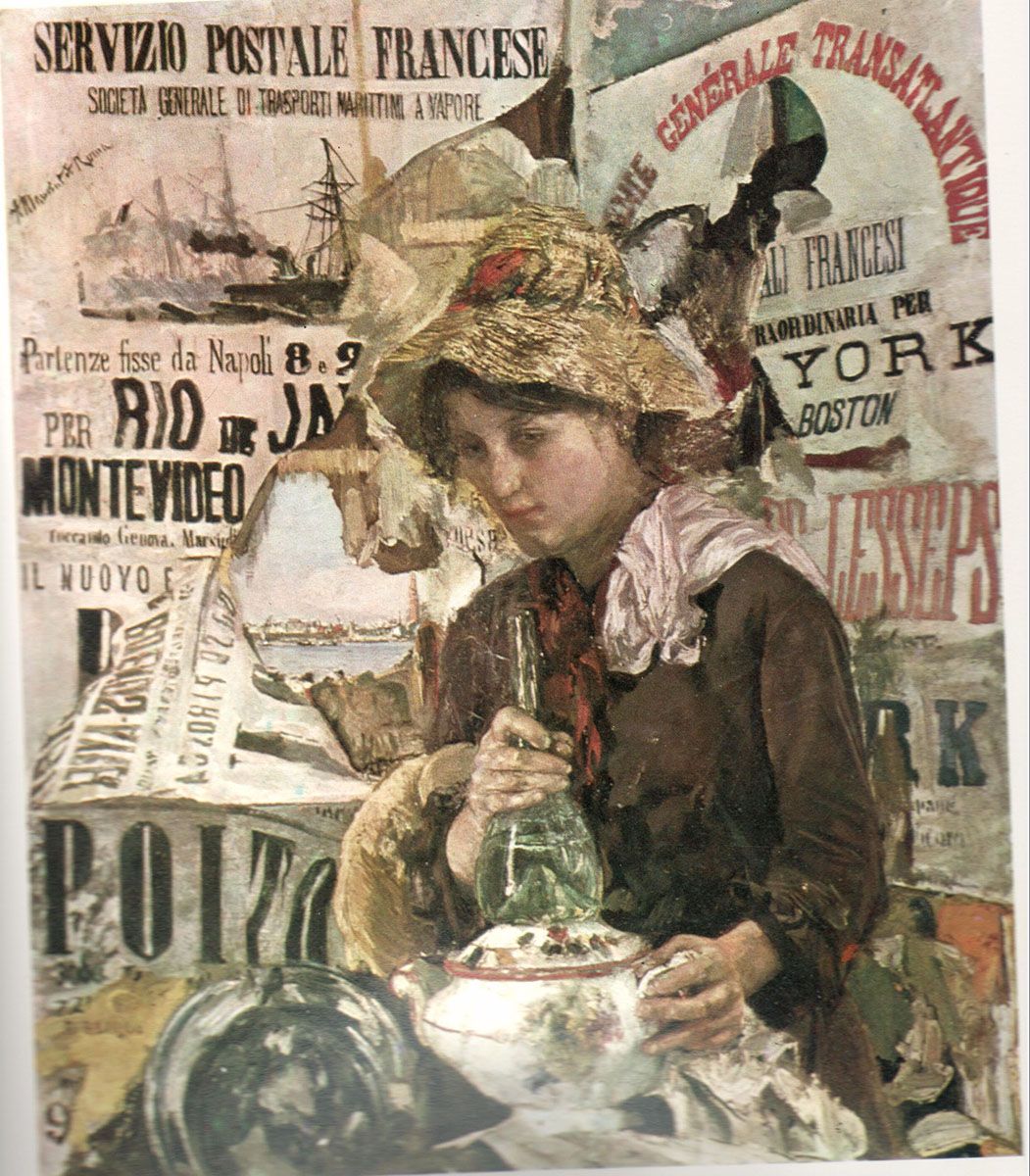 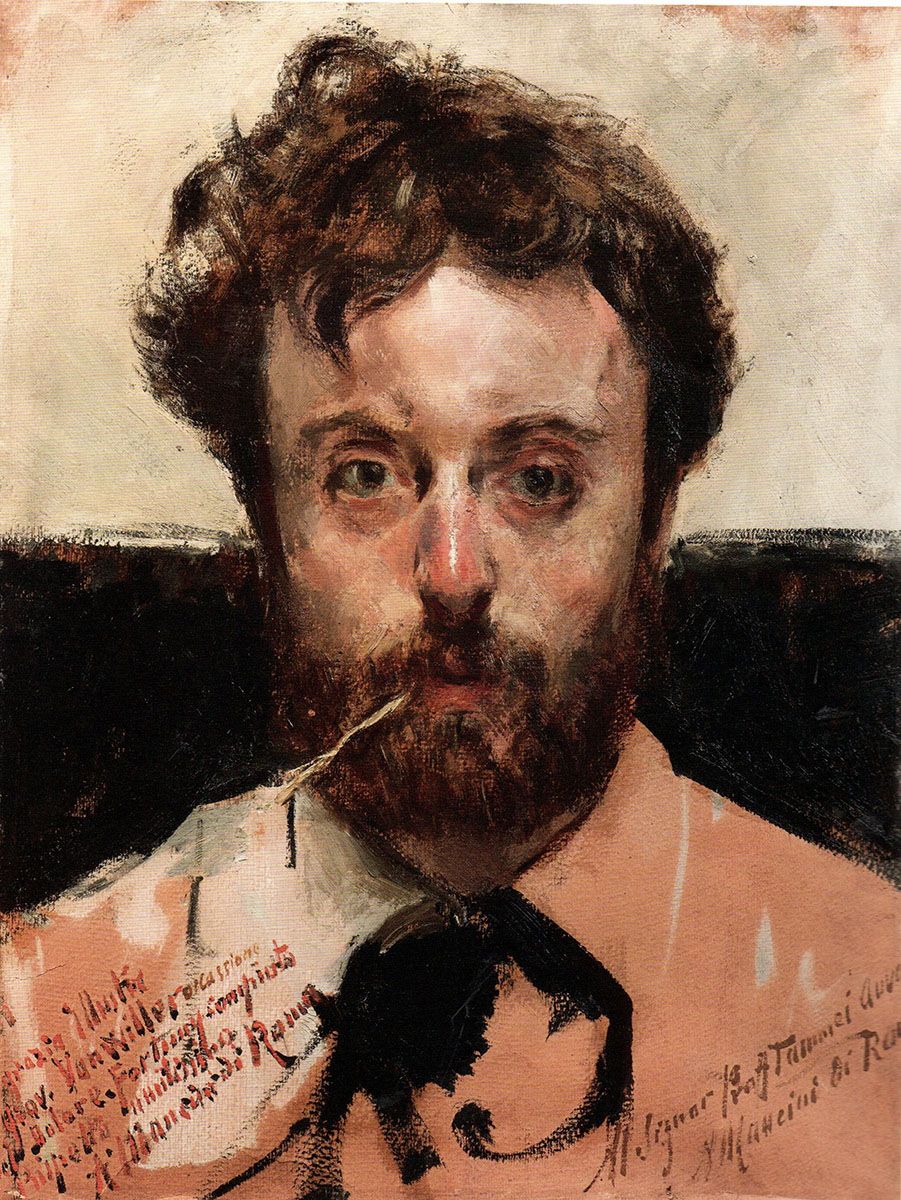 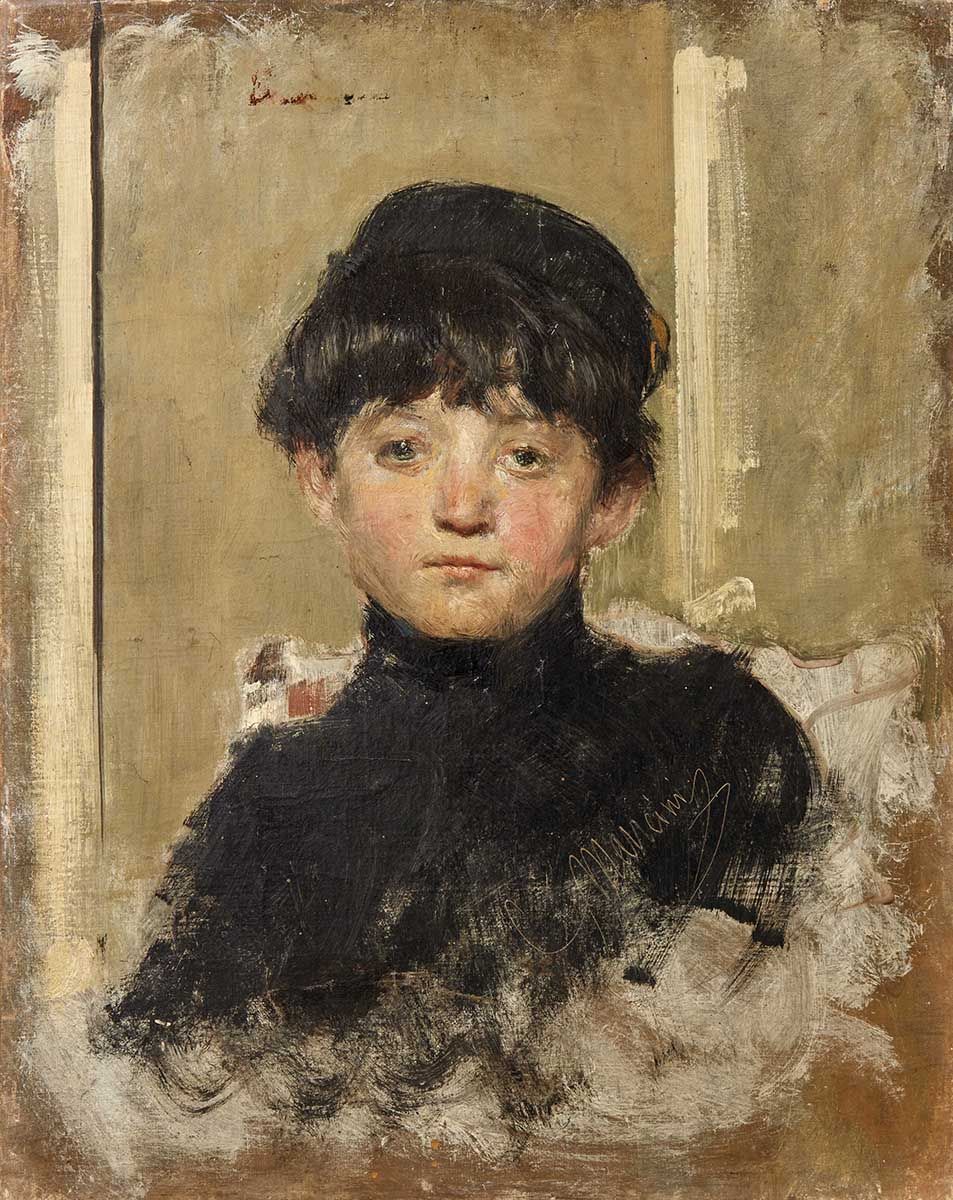 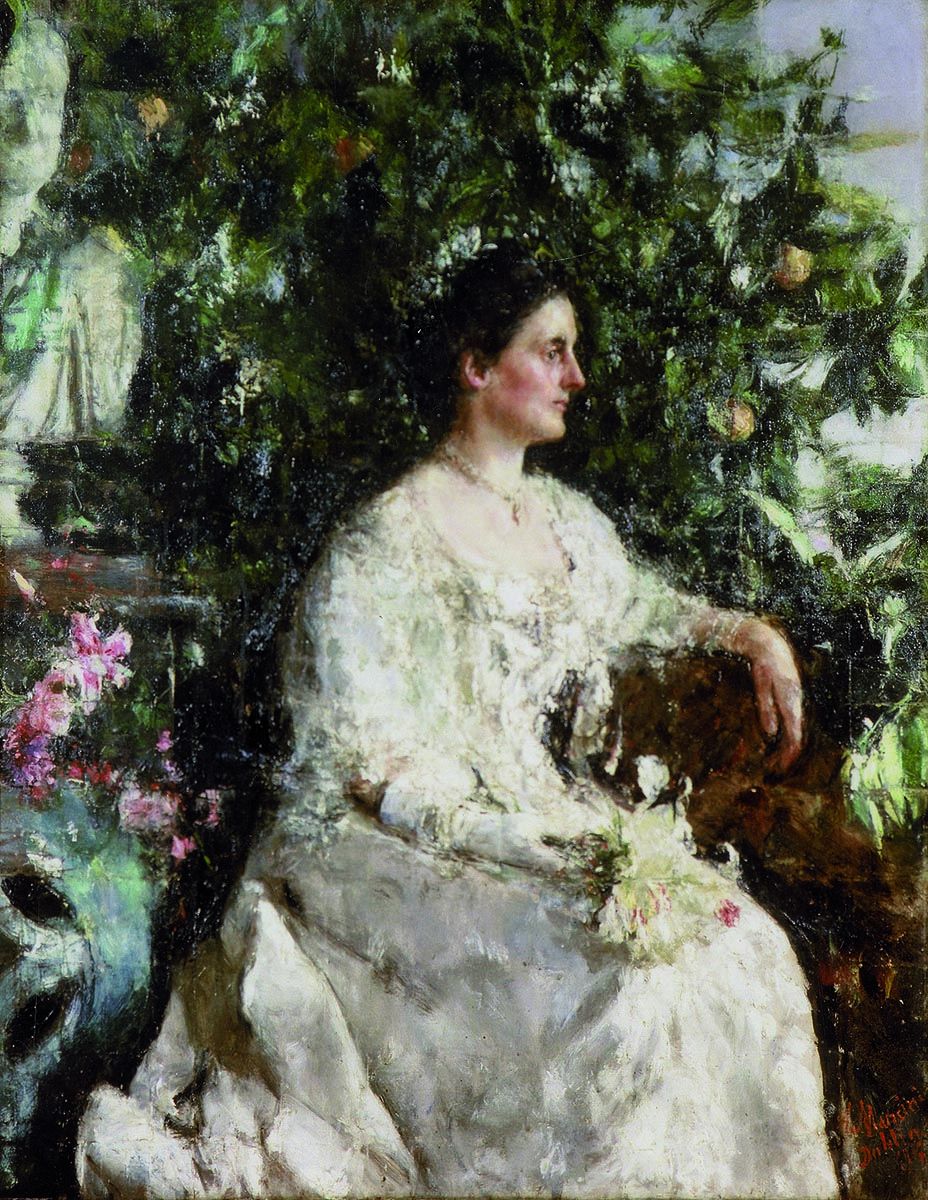 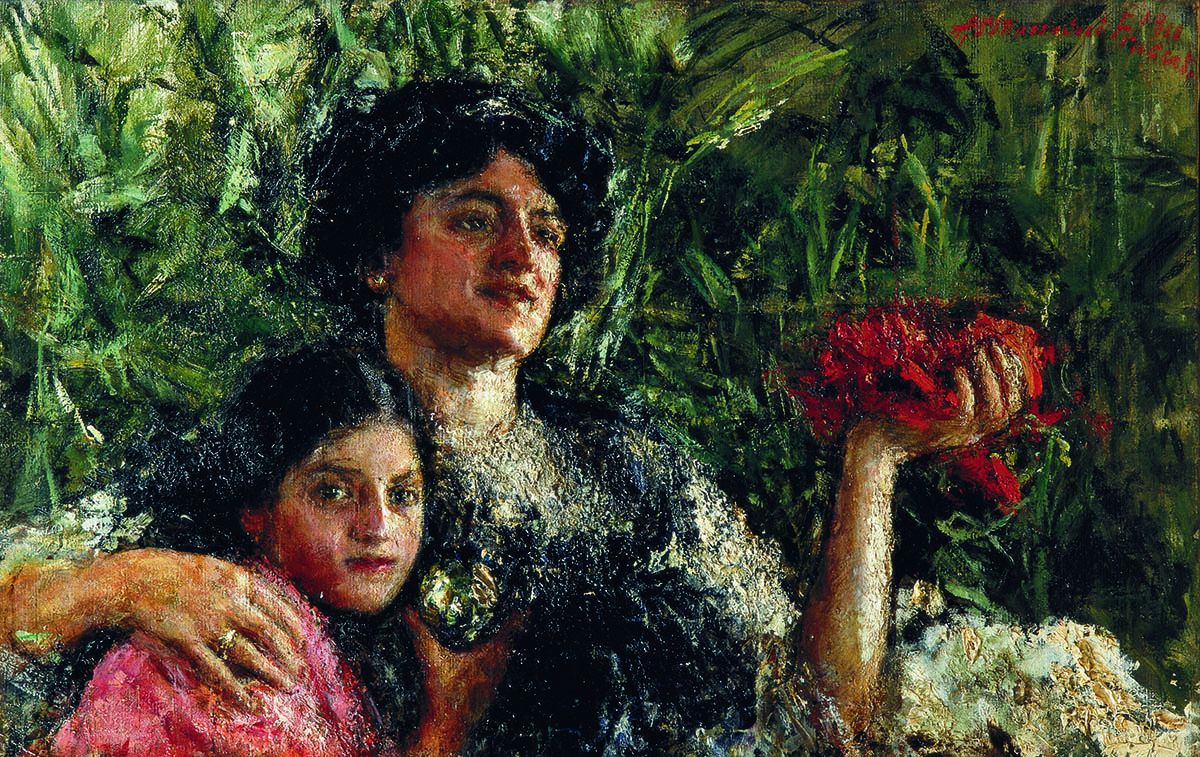 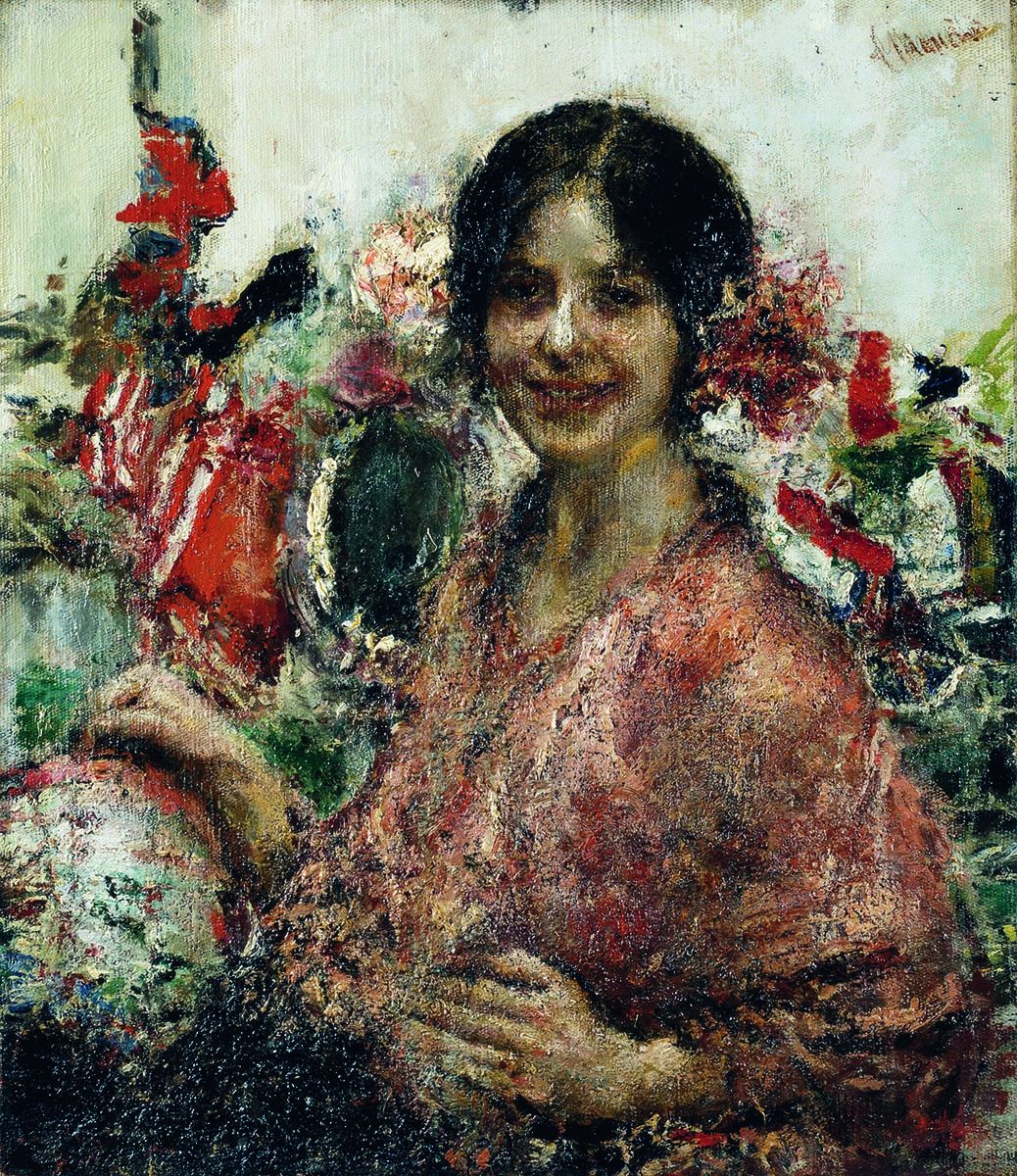 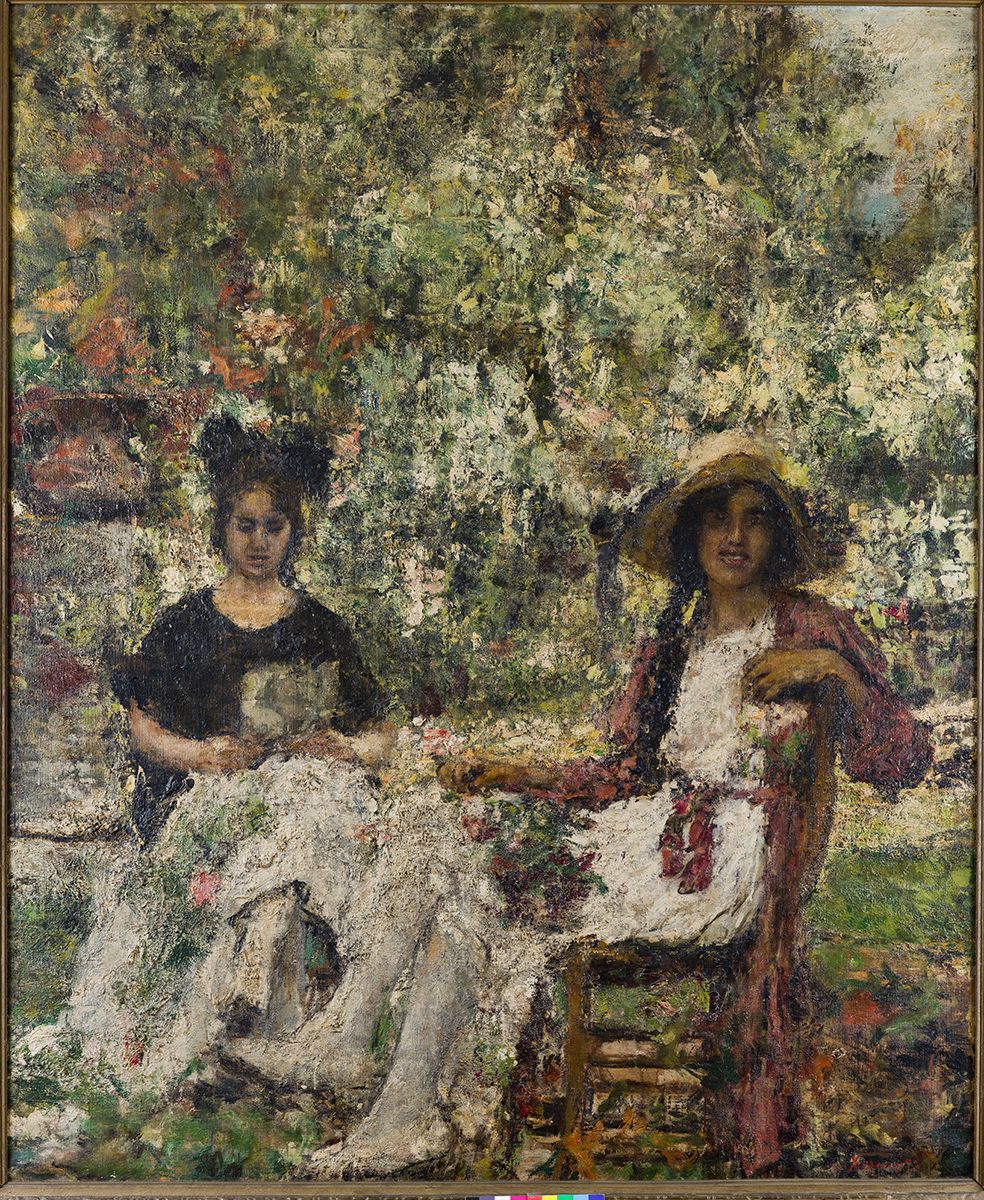 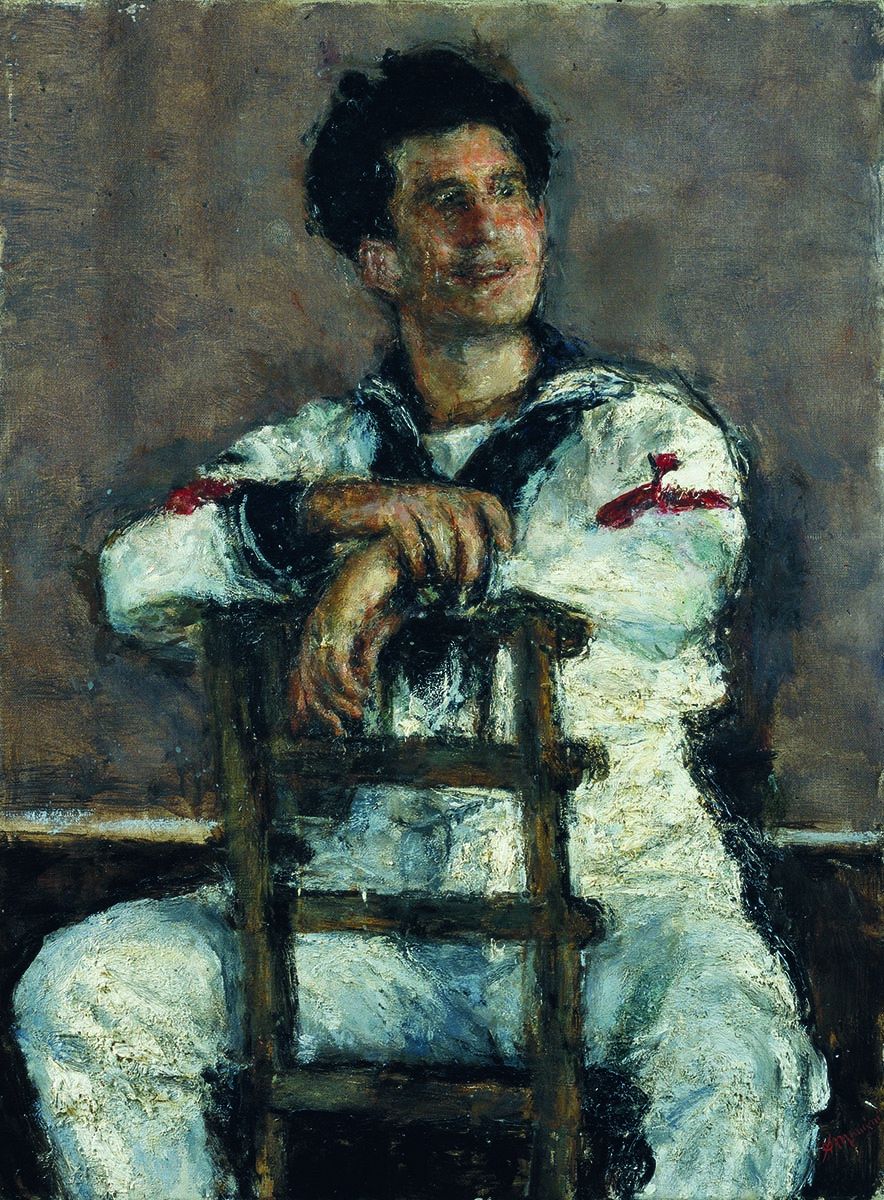 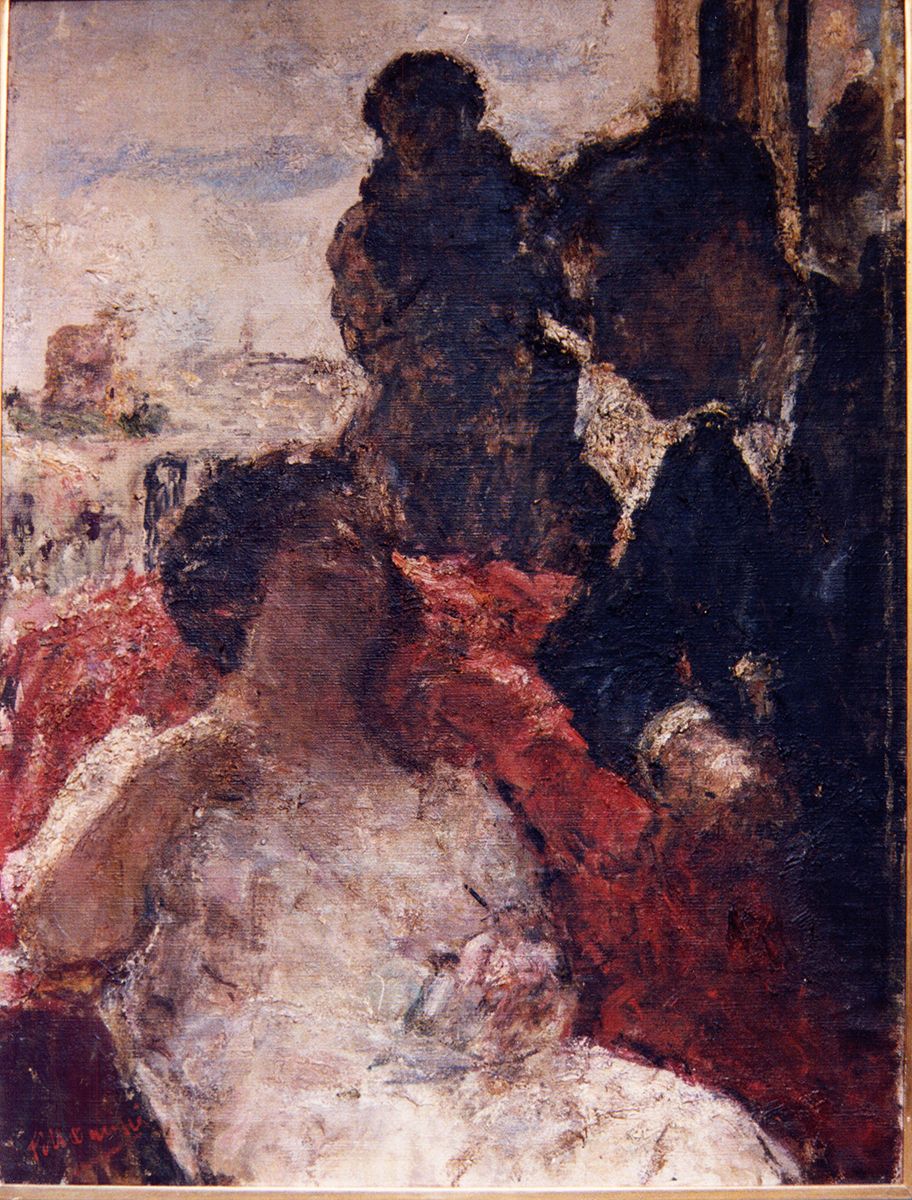 The general cataloguing of drawings, pastels, studies and minor arts is currently under way.

For the archiving of works:

Agnese Sferrazza
This email address is being protected from spambots. You need JavaScript enabled to view it.

For info & contacts: This email address is being protected from spambots. You need JavaScript enabled to view it.